The Great Escape: How to prevent a pet escape

The Great Escape: How to prevent a pet escape

As a loving pet owner, you don’t want to think about the possibility of your pet escaping. However, it happens. A lot. Thankfully, there are ways to help prevent your fur pal from hatching a pet escape plan!

Certainly, the world has seen many a pet escape over the years. Who doesn’t love an interesting animal escape tale — so long as there’s a happy ending? Here are a few heartwarming and amusing pet escape tales.

Earlier this month there was a report in my local newspaper, the Busselton Mail, about a family who had been reunited with their lost dog after five years! Just imagine.

Back in 2013, the dog (named Jesse) broke free while in the care of a family member. Jesse escaped through a small gap in the car window. Talk about being a Houdini!

After discovering the dog had escaped, the family looked everywhere hoping to find her.

They posted “lost dog’ signs up in the local community praying someone would find Jesse and call them, but they heard nothing. Sadly, they thought poor Jesse might have been run over.

In 2018, the Andrews family is on holiday in South West WA when they receive a phone call from a local vet who has scanned Jesse’s microchip and discovered their details.

The family is advised they can pick Jesse up when they return home. However, when they arrive at the vet they are told the dog has been returned to the people who brought her in.

The veterinary staff explains that by law they cannot keep Jesse and nor can they share the details of the people who originally brought the dog in.

Again, Jesse’s rightful owners are devastated. They feel like they’ve lost Jesse for a second time.

Ms Andrews told the Busselton Mail, “It was heartbreaking, we were so excited to get that call that we would get her back, it was like a kick in the guts.”

However, two weeks later another vet called the Andrews family to say they had Jesse. This time the vet held on to Jesse until Ms Andrews could collect her.

Despite the fact Jesse had been away for several years she appeared to remember her old owners.

“When I picked her up she started licking me. It felt like she remembered us and the moment we got home she was really excited, she ran up to the kids wagging her tail,” Ms Andrews says.

The Andrews family also has another dog that grew up alongside Jesse and apparently he was incredibly excited to be reunited with Jesse too!

I heard another tale about a pet owner whose furry pal would escape from her garden and dash into a nearby field. On discovering his newfound freedom he would roll in manure and then return home and sneak behind the sofa.

The only way the poor owner would find out about the pet escape was by the sudden smell wafting out from behind the chair! Yuk. 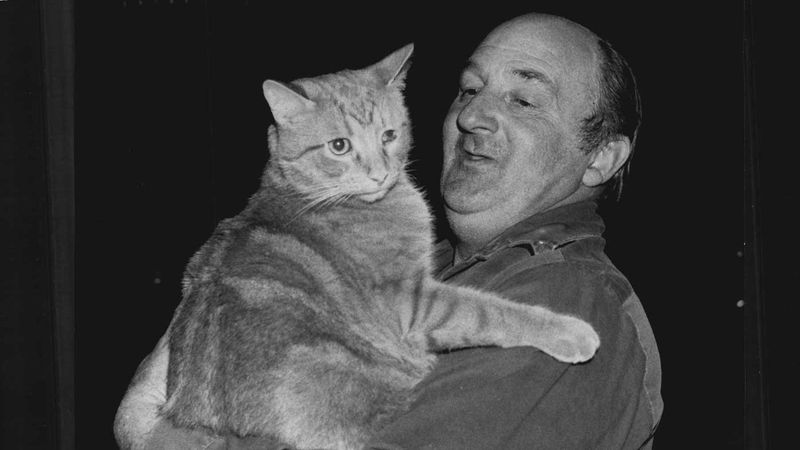 According to news reports, way back in 1982 a group of police plus a helicopter congregated in the Sydney suburb of Guildford West to tackle reports of a roaming lion.

In actual fact, there was no lion; but there was a very big cat! Turns out that Ginger, the rather large, one-eyed tomcat had escaped from home.

The feisty feline’s owner Ron Paul denied his cat looked like a lion. He’s quoted as saying, “When I saw that Ginger wasn’t home for tea, and heard all the fuss about a lion, I thought it must be him!”

If you have an escape artist pet you’re probably scratching your head, wondering how on earth you can stop it from breaking free. Here are a few tips we’ve collated on how to keep your dog from breaking free and potentially getting lost.

You may have checked your garden when you first moved into the house but do you regularly look for potential pet escape routes? If not, maybe you should.

Check fences for breaks, rotten wood and holes. Ensure gates close properly and are secured. Also, make sure there are no objects pushed up against the fence that your dog could use to jump over.

2. Get your dog neutered

Both male and female dogs may try to escape to find the opposite sex. So, if your dog is not neutered, it might pay to get it done — before he or she finds their escape route!

Bored dogs can become destructive and devious. Finding a way to escape the confines of your garden might well be your dog’s way of managing his or her boredom. So the trick is to keep your dog occupied.

Make sure your dog has toys to play with, hire a dog walker or a pet sitter or perhaps you might consider doggie daycare. This way you’ll keep your dog safe and prevent having to deal with your very own pet escape story.

4. Check your pet’s collar and lead

It’s important to ensure your pet’s collar and lead are in good condition. Some dogs get into the habit of biting their lead, which can cause the lead to fray and make escaping easy.

Part of your job as a responsible pet owner is to check that both the collar and lead are in good working condition and still fit well. This will not only make sure Fido remains comfortable while on walks, but it will help prevent your fur baby from escaping while out at the park.

Of course, the very best thing you can do to ensure a happy reunion if your pet were to escape is to have him or her microchipped. Additionally, don’t forget to keep your details updated.

If you have a pet escape story we’d love to hear it. Post it in the comments section below.

Leanne is a freelance writer at contentchameleon.com.au. She works alongside her fur pal Chewie (a border terrier) and is passionate about promoting responsible pet ownership.